5 replies to this topic

Starting the news section of the column with the death of a porn star is a first and is perhaps an indicator of just how well-known this farang porn star was in the region. Naughty Nigel, or Notorious Nigel as he preferred to be called, passed away on Monday this past week in Bangkok. Nigel featured in sex clips - not full blown movies - and had unprotected sex with hundreds of girls and many transsexuals too. Needless to say, many rumors circulated about the medical condition Nigel was afflicted with, but it was malignant melanoma, or in layman's terms, skin cancer which gave him a red card. Nigel had sought alternative treatment but it was unsuccessful and he finally checked out this past Monday. The infamous Englishman has been in and out of Bangkok since the '90s and became one of the most recognizable farangs in South-East Asia as the farang porn star who featured in hundreds of clips with working girls from across South-East Asia. There was a time when Nigel was all over the Internet and he was frequently seen around Bangkok's bar areas. He moved around the region, making porn movies in Thailand, Cambodia, Indonesia and quite possibly elsewhere. On the forums of the day posters would often comment on the girls he did the dirty with, some getting some warped pleasure from saying that they had shared some of the girls Nigel had bedded. As he became better known, Nigel would find himself unwelcome in many Nana Plaza bars. Managers put the word out to door security to keep him out while mamasans were instructed to tell the girls to steer clear of him. I hadn't spotted him around the traps for several years, but occasionally I would hear reports that he was seen here or there. For some time he was said to live in Soi Sribumphen where he was often seen, a neighborhood known for cheap accommodation, junkies and street walkers. Nigel lived on the fringes of society, was a drug dealer for a period and at one time was involved in transnational credit card fraud. Several years ago he was stabbed in the slums of Klong Toey, a huge scar later visible on his stomach. He had a business card that simply read: Notorious Nigel, listed his phone number and a last line that read: Fuck Off Man U. Like him or loathe him, Naughty Nigel was a Bangkok legend.

This guy has supposedly been arrested for various things like selling drugs (E, Ya-E, aka Ecstasy, and more). Here's a 2010 Pattaya Daily News article about him busted for that: http://www.pattayada...ime-in-pattaya/

This is a photo of him also, but must have been from his much younger years... 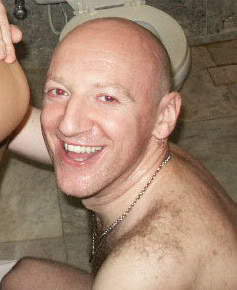 Supposedly he was aged 53 at the time of his death.

Video of one of his drug busts from 2009 in Pattaya

I remember seeing that guy in the news a long long time ago. I never understood how he always got out of jail

One less drug-pusher around I guess. But still is a life lost, probably has family, etc etc, so still sad. RIP.

Back to The Bangkok Forum

0 user(s) are reading this topic